Described in newspaper accounts of her exploits as being a “spark plug”, “spunky”, and a “lightweight sophomore speedster”, Lieschan was the first female cross country superstar at IHS. She is the program’s first 4-time participant in the KingCo meet, earning all-league honors all four years finishing 7th, 4th, 3rd, and 2nd respectively. In the district meet, she finished in the top 8 all four years. She was a 4-time state meet participant 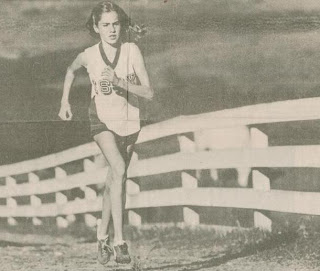