A member of all three girls’ state cross country championship teams in 1985, 1986, and 1987, Julie was a star for IHS in the second half of the 1980’s. In cross country, she set the pace for her career by finishing 3rd in KingCo, 3rd in district, and 4th in state as a freshman, which was the highest place for an IHS girl at that point and is still the second-highest finish to date at state. She then went on to earn individual KingCo and district titles as both a junior and a senior, becoming the first IHS girl to win either meet. 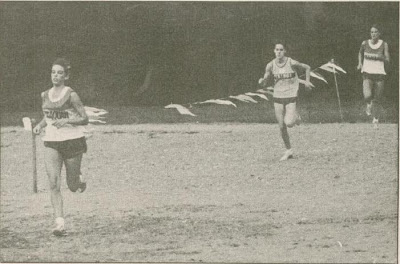 She ran at state all four years finishing in the top 12 twice and the top 30 all four years as well as earning all-state honors all four years. In track, Julie competed in 9th – 11th grades, focusing on the 1600m in the post season and qualifying for the district meet all three years and the state meet twice. Also a standout in the 3200m, Julie was just the third girl at IHS to run under 11:20 and stands at # 5 all time in that event.