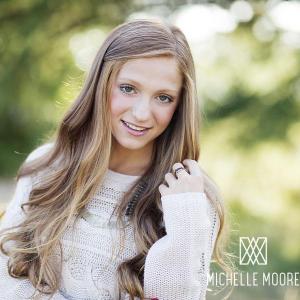 Cayla Seligman began her freshman year of cross-country as a member of the first Issaquah girls team to qualify to the Cross Country State Championship meet in 13 years, placing 100th; she placed 62nd the year after. She demonstrated her consistency on the grass as she competed in Pasco for 3 out of 4 years, missing her junior cross-country season due to injury. However, she came back to have a successful senior season, which saw her place 3rd and 2nd at the KingCo and District Championships, respectively. She ended her cross-country career with the Eagles by finishing 12th, Issaquah’s first scorer, at the 2014 State Championship with a time of 18:24 (# 4 all-time) and her team placing 2nd at the State Championships, the first Issaqu 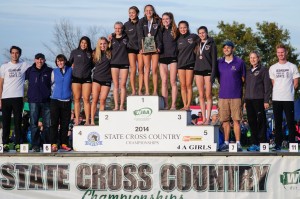 ah team to place 2nd or higher since 1989. Her 12th place finish qualified her for the BorderClash meet in Portland, where she finished her cross-country season by placing 10th.

On the track, Cayla specialized in the 1600m and 3200m. She was a 4-time KingCo qualifier in the 1600m, finishing no worse than 7th at the championships; her best place was 2nd, her junior year. As a sophomore and junior, she qualified to State in the 1600m. She finished her career in the event as one of 3 girls in program history to ever run under 5 minutes in the 1600m, and the first girl to break 5 minutes for Issaquah since 1978. Qualifying three times (freshman, junior, and senior) for the KingCo meet in the 3200m, she began to see success in the event during her junior year. Her mark of 10:43.83 at the 2014 KingCo Championships earned Cayla her first individual title and the second-best performance in program history, rivaled only by Issaquah distance legend, Deanna Coleman. Her dominance in the 3200m continued into her senior year as she claimed the KingCo title for a second year in a row, and between her junior and senior year, she ran 10:48 or faster a total of four times.

In total, Cayla qualified for the State meet from her sophomore to her senior year, in the 1600m twice (sophomore and junior) and the 3200m twice (junior and senior); she scored in the 3200m both years, placing 7th and 8th. In addition to her individual success, Cayla was a member of the 2015 Track State Championship team, which was the first State team title for Issaquah in any sport since the school moved from a 3A to a 4A classification.

Currently, Cayla is continuing her running career at the University of Colorado, a NCAA Division I program in the PAC-12 athletic conference.

Thank you for supporting our supporters